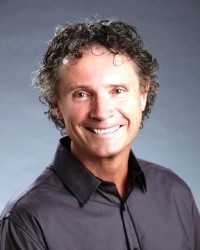 There are not many comics and MC’s who have the breadth of skills as that of Glynn Nicholas. His ability as a stand-up comic, actor, writer, improviser, mime and musician is second to none and his numerous one-man theatre shows have won awards and critical acclaim in Australia and overseas.

Glynn is experienced in everything from after dinner speaking to product launches, sports hospitality, awards ceremonies and any manner of corporate, fundraising or public events. He cut his teeth as a street performer in Europe and the States, winning numerous awards in Australia, Germany and in San Francisco.

In the late 80’s he quickly established his credentials in the burgeoning stand-up scene in Sydney and Melbourne and it wasn’t long before he was signed up to appear in the ABC’s Big Gig where he developed some of his best-loved comedy characters including Pate Biscuit, Sergeant Smith and others.

Glynn hosted series 3 & 4 of the Big Gig and in 1996 co-wrote and co-produced and starred in his own eight-part sit-com – “The Glynn Nicholas Show.” Glynn Nicholas is an accomplished guitarist and songwriter and his mime routines have been described as spell-binding and his ability to include audiences into his routines is simply uncanny.

He is a gifted scriptwriter with more than 10 shows, cabarets, plays and musicals to his credit, some of which have performed overseas. His mega-hit Certified Male is due to be performed in Germany and Scandinavia in 2009 ahead of a production in the West End.

If you are looking for an assured, inventive and charming professional for your next event, then you should consider Glynn Nicholas.

A late but very sincere note of thanks! Your contribution gave the evening that extra 'sparkle' and the event was a great success.

Feedback from many of our guests indicates that a great night was had by all, and it's unanimous, everybody loved your performance!