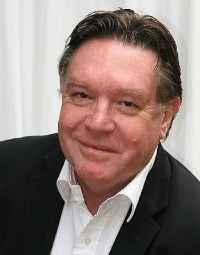 Bryan Dawe is one of Australia’s finest political satirists. He has enjoyed a long, successful career writing and performing on national radio, television and film. Best-known for his work with John Clarke on the ABC’s 7.30 Report where they prick the balloons of the nation’s alleged political leaders.

Bryan was also a cast member and writer of the critically acclaimed and highly successful spoof of the Sydney Olympics, the ABC TV series ‘The Games’. His film credits include the Australia hit comedy ‘The Castle’, ‘The Honorable Wally Norman’, and Paul Cox’s ‘Lust and Revenge’.

For many years, Bryan has been writing and performing two much loved satirical characters on ABC Radio: ‘Sir Murray Rivers QC and ‘Roly Parks’ with his ‘Letter from Kalangadoo’.

Bryan’s sharp wit and observation together with his flexibility and unique performances make him a popular addition to any corporate event. His talent lends itself to MC, facilitator, hypothetical moderator, conference speaker and after dinner entertainer.

The gift of your brilliance and wit was wonderful & your contribution was the highlight of the evening. The pace and sharpness of your wit and observations left everyone breathless from laughter and longing for more.