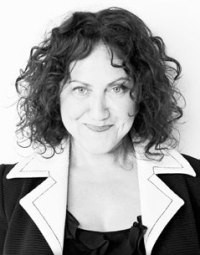 Rachel Berger is widely acknowledged as one of Australia’s finest stand up comedians. Her material encompasses contemporary lifestyles, offering a hilarious and poignant expose of human foibles. Her dynamic presence and engagingly sharp observations have made her an extremely popular performer both live and on television, across Australia and overseas.

Rachel believes that laughter is a powerful tool, able to communicate a powerful message. With this in mind she’s been invited to appear at events as diverse as hosting a public forum on Climate Change with world-leading Climate Change expert Stephen Schneider, to writing and performing in Diversity Works, an educational video for the Council for Equal Opportunity in Employment and as a special guest performer at a Positive Living Expo for Women with the overall aim to reduce the harm associated with gambling.

With her unique ability to connect with an audience, Rachel is also a superb corporate speaker and MC.

I greatly appreciated the amount of effort she put into her research and the relevance of all her topics to the theme of our day, which was celebrating the achievements of women within the local government sector.

It is the offbeat observation, the incisive knack of showing up everyday events for the ludicrous pantomimes they really are that separate the women from the girls! In this department Rachel Berger is a real star...