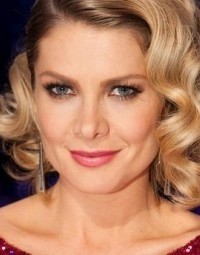 Natalie Bassingthwaighte is one of Australia’s most versatile entertainers and has achieved significant success as an actress, musician, presenter and author. She is returning for a second season in the role of Mentor on Channel Seven’s The X Factor Australia.

Natalie’s premiere solo album 1000 Stars, released in 2009, debuted at number one on the Australian charts. Natalie was the first Australian artist to have two simultaneous singles in the iTunes Top Ten. Her previous musical incarnation as front woman for The Rogue Traders, saw Natalie and the band achieve multi-platinum sales cross two albums, several APRA wins, an MTV award and seven ARIA award nominations. Natalie was presented with a No 1 Aria for 1000 Stars and was honoured to co-host the 2010 Aria Awards in Sydney.

Natalie was the presenter of Network Ten’s Logie award winning So You Think You Can Dance Australia for all three series and was personally nominated for the best presenter award in 2009 and 2010. Natalie is renowned worldwide as the notorious femme fatale Izzy Hoyland in the iconic television series Neighbours (2003-2007) and recently appeared in the third instalment of the hugely successful series Underbelly: The Golden Mile on the Nine Network, with the premiere of the series recording the highest rating TV debut of the year. In 2011, Natalie returned to the theatre for the debut sell out season of Love Loss and What I Wore at the Sydney Opera House.

Having established her career in musical theatre, Natalie has played roles in musicals such as Rent and Chicago and was the female lead in Grease and Footloose. Natalie is also the co-author of Sistahood: A Journal of Self-Discovery, a book designed to boost self-esteem and inspire young women. Natalie is an ambassador for the SONY FOUNDATION and The Vicks Breathe For Life campaign with Save the children Australia. She is also a continued supporter of the Cancer Council's Pink Ribbon Day and the SISTER2sister Program.

Natalie was perfectly suited to hosting the new series Space 22 in which she says she has 'found her purpose'.  The show released in 2022 is based on a group of people struggling with mental health issues undertaking art therapy to help them through their personal mental health challenges.