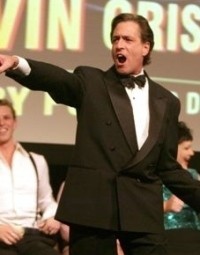 Kevin Grisé first became interested in the concept and power of Hypnosis while in the U.S. Navy in 1975.

Whilst a paramedic he trained in clinical hypnosis for pain control during minor surgery and painless childbirth.  Implementing and witnessing the results of this, impressed and intrigued him so much, that he began and completed a Degree in Counseling Psychology.

Kevin decided to extend his knowledge of the human mind, by becoming a Certified Hypnotherapist and further to that was inducted as a member of the American Council of Hypnotist Examiners.

Kevin ran his own successful Hypnosis Practice from 1984 – 1991, again first hand implementing and witnessing the power of hypnosis to help people achieve their desire, or overcome challenges in their life.

After moving to Australia 25 years ago, Kevin worked with the Australian Hypnotherapy Training and Counselling  in Box Hill, in the capacity of Course Presenter / Advisor and had a profound effect on all those he taught.

Kevin has performed several times at the Mind, Body and Soul Expo in Melbourne, where literally hundreds of people experienced Kevin’s astonishing ability to entertain and utilise the power of hypnosis to help people get what they want out of life.

For the past 15 years Kevin has been performing his Stage Hypnosis Show for the corporate market.  His show is personality driven, interweaving his quick witted humour with the comments made by his volunteers.  He interacts with his subjects and constantly takes their wellbeing into consideration.  All volunteers are treated with respect and consideration.  Kevin’s show is perfect for all age groups, from children right up to grand-parents!  Kevin never oversteps the boundaries of good taste, ensuring laughs with the participants and never at them.

Combining his Hypnosis training experience with his performance ability, has placed Kevin Grisé in great demand as not only an entertaining Hypnotist, but also as a Hypnotist who can bring the best out of all who witness his presentation.

Thanks again to Kevin and Jenny for bringing a unique sense of mystery and excitement to our National Conference. In the future should we require an entertaining, mind blowing and revealing presenter, you'll be the first person I call.

This is the second time I have engaged this show, and once again ........ fabulous!

I was so nervous after booking The Hypnotist as I was worried my 210 guests wouldn’t enjoy it or wouldn’t volunteer to participate. After being genuinely assured by Jenny I was more confident but nothing could have prepared me for the response from my guests. Not only did the 12 volunteers rush up on stage as promised but I can honestly say I have never heard more laughter ever. The professionalism by Kevin & Jenny is nothing short than brilliant and the audience clambered for the best view. The only complaint I received was people complaining the following day they had a sore jaw from laughing. I promise, I woke up laughing and weeks later everyone is still talking about it and we are still laughing when recalling the evening.