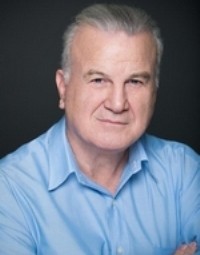 Music, entertainment, and the media have been in Ian’s blood from the moment he was born and gave a blood-curdling High C scream. In his teenage years, he tried to combine football and music but as he puts it "music won out only because of a lack of real ability at football." Ian played guitar for Shirley Bassey, Tony Martin and a myriad of Australian performers during the halcyon days of entertainment in Sydney, his home town.

Ian drifted into radio then television. Music was on hold for a number of years as he worked on building a profile in the media. National television shows such as Wide World of Sports and the Today Show on the Nine Network kept Ian busy for many years combined with music and stage shows. He was a regular performer on the long running Midday Show and regularly appeared on Bert Newton’s Good Morning Australia.

Along with Darrell Eastlake, he launched Nine’s State of Origin Rugby League telecasts as well as calling Test matches and club games. He continued with football calling but also introduced the “Sports Updates” into the network’s Wide World of Sports program. He has been a commentator and host at the 1988 Olympics, the 1982 and 1998 Commonwealth Games, as well as at the Australian Open Tennis tournament.

From 2001 was the host of a Brisbane radio night time program featuring interviews, music and talkback, all done with the trademark Ian Maurice sense of fun and entertainment. In 2014 he retired from radio and now, in keeping with his love of the music and the arts, is General Manager of Brisbane Arts Theatre.