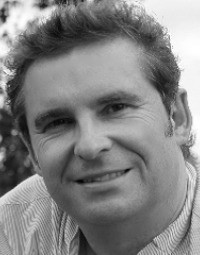 An experienced MC, Tony is capable of fronting any kind of event - formal or informal.

Tony Nixon was born in the UK, growing up in rural Hertfordshire . As a child his two great passions were Drama and Horses. Years later, a string of horse related jobs led him to teaching actors to ride for film, and  background riding for film and TV. This reunited him with his love of acting.

He is particularly known for his portrayal of Manuel, the 'Faulty Towers' waiter with his improvisation and physical comedy skills receiving outstanding reviews at the Edinburgh, Melbourne and Adelaide Comedy Festivals.

In recent years Tony has also turned his hand to film making, writing and producing Corporate Training Videos, Local TV commercials and Documentaries. His most recent major role being that of Rynelf in 'The Voyage of the Dawn Treader'.

Tony has three films in development, and one in pre-production. The 34th Battalion in which he is lead cast, Pray for Dawn (already partly shot) and an International film "Jacks life" filming in UK and USA. A further two films are already in the pipe line.

I would not hesitate in booking Tony again, he ran the stage in such a way that I could leave him to it and focus on other things.