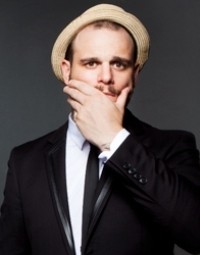 Jon (aka Dr Rhythm) is a professional DJ, beatboxer, voice over artist and event host - DJing and MCing at private functions and events, weddings and clubs.

Dr Rhythm has a reputation for being the man that can and will do anything - so trying to pigeonhole exactly what he can do is tricky, because he does it all! He blazes any stage or event, with hype to last for days.

During 2014 Dr Rhythm toured the national Big Day Out circuit DJing for Red Bull, pumping up the thousands of people entering the Big Day Out Festival's. His DJ style is varied from the 7 years of experience MCing alongside international DJ's and some of Australia's finest.

His vast selection of music will cater to any event, whether its chilled soul and funk, to mash up party and old school.

Quoted as Australia hardest working MC, Dr Rhythm has held audiences in the palm of his hands at; Summafeildayze, Woodford Folk Festival, Singapore Dance and Festival, Wet N Wild, Parklife, Redbull Music Academy, Surfers Paradise Fringe festival and corporate affairs for world renowned brands such as Telstra, Westfield, Virgin Mobile and Footlocker. The National Marketing Manager for Redbull refers to the Doc as “our go to guy for hosting all of our national events.”

As an experienced entertainer he can keep people in their seats or make them go crazy on the dance floor. With a mic in one hand and the crowd in the other, it’s the Doctor who has the prescription!

As a kid he began copying sound effects from his favourite Transformer cartoons and recreating drum sounds, and what could have been earlier diagnosed as Tourettes or ADHD, was actually just a Beatboxer in the making.

The year 2013 saw his hero role and heavy creative involvement in the vocal commercial for Drumstick Ice Cream. He lead and worked with two similar musicians in these commercials which aired on Channel [V] and virally. Working alongside Publisis Mojo and Channel [V] was hands down the high light of his career to date.

In 2011 Dr Rhythm worked alongside Ambience Entertainment, transforming him into the improvisational and legendary co-host of children's Television show “What Do You Know” on ABC3. After filming 65 episodes with the Doc they quoted him as “an outstanding performer who brings fresh, original and hilarious ideas to any project he works with”.

This relationship with Ambience also lead to a guest appearance on kids game show ‘Pyramid’ alongside fellow comedic entertainer, David Collins from the Umbilical Brothers.

It was a long time coming but in 2013 the Doctor took to the decks DJing at private functions and events, weddings and clubs. Since then he has DJ'd for heavy weights companies and events such as 2016 resident DJ for Brisbane Bullets, 2015 Stefan Hair hair salon awards night, 2014 Rhythm toured the national Big Day Out circuit with Red Bull, 2016 Brisbane Bullets sponsor launch party and various club gigs.  His DJ style is varied from the 10 years of experience MCing alongside international DJ's and Australia's finest.

The list goes on, and this just demonstrates his musical/ entertainment versatility and why he’s in high demand. As an experienced entertainer he can keep people in their seats or make them go crazy on the dance floor. With a mic in one hand and the crowd in the other, it’s the Doctor who has the prescription.