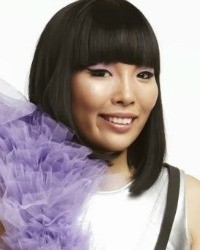 Dami Im shot to stardom when she won the 2013 season of The X Factor.

This shy South Korean-born performer is known not only for her incredible 'power vocals' but for her amazing and stylish outfits.

Dami emigrated to Australia with her family at the age of nine because her parents thought she would have more opportunities growing up in Australia.

She began her music career as a gospel singer in Korea.  Dami is a trained opera singer and began learning the piano at the age of five.  She has a long-term love of music and has spent years fine tuning her musical talent.  She also independently released her own studio album, Dream, in 2010.

As the winner of X Factor, Dami released her award winning debut album and winner's single "Alive", which debuted at number one on the ARIA Singles Chart. This was followed by the release of her self-titled second studio album, which debuted at number one the ARIA Albums Chart and was certified platinum by the Australian Recording Industry Association.

Dami became the first X Factor Australia contestant to follow up a number one single with a number one album on the ARIA Charts.

Her third studio album, Heart Beats, was released in 2014 and became her second top-ten album. It produced the top-twenty hits "Super Love" and "Gladiator".