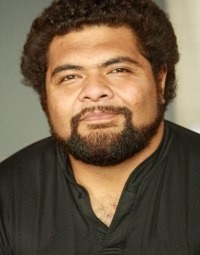 Dietrich Soakai is proud to call New Zealand his home. He is of Tongan, Samoan, Irish, Scottish and German descent. He is an active member of the South Auckland Poets Collective and is currently employed by Action Education as a full-time Spoken Word Poet. He has performed Spoken Word Poetry all across Aotearoa, various cities in Australia around and toured the USA.

Dietrich has had the honour of performing in some unique and incredible spaces. He has performed in the Adelaide Fringe Festival 2014, TEDtalksxAoteaSquare 2013, Food Festival 2013, Aspiring Leaders Forum 2013 and 2014, National Young Leaders Conference 2013, mentored Rising Voices 2013, mentored the first ever inter-high school Spoken Word Slam - Word The Front Line and Performed with the Auckland Philharmonia Orchestra.

Dietrich can provide his unique style of entertainment at your event performing his existing material or he write and perform material especially for your organisation and event.