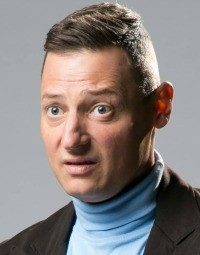 As one half of Merrick and Rosso, Merrick Watts took Triple J drive to ratings highs, was the first voice on the NOVA network and built a cult TV fan base with shows on Nine, Ten and the comedy channel.

As a solo performer, Merrick has carved out a new course: as an actor on The Hollowmen and Underbelly; and as a comedian on Thank God You're Here and The Project. In 2017, Merrick returned to the stage and stand-up comedy, performing his first solo show Man Of The House to sold out rooms around Australia.

You can now hear him Monday to Friday on Triple M Sydney Drive with his very own show – Merrickville. There are 23 million people in this country and you’d be hard-pressed to find one that doesn’t know this radio-veteran’s name.