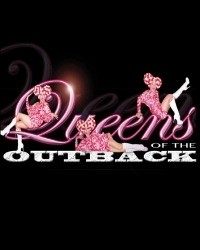 These guys/girls are larger than life!  Their elaborate costumes say it all.   Songs are performed and sung live to any audience.  This is a show with a difference! Get ready to wow any audience with this interactive stage show of Queens of Drag City. Their past stage performances have been amazing as shown by their list of credentials:

Simon's passion for the stage has seen him perform all over the world in productions’ such as "Grease" and "Happy Days" The arena spectaculars, and "Westside Story". Played the lead "Frank'n'furter" in "Time Warp" the regional musical, and has just finished a 2 year contract with the 'Venetian Casino' in Macau as resident choreographer. Simon is now focusing his career on the production side of the entertainment industry.

International Cabaret performer Justin Clausen began his training with the Young Australian’s Broadway Chorus in 2006. In 2010 he trained at the renowned Atlan-tic Theatre Company in New York under the guidance of David Mamet. Whilst in New York , he performed one man shows at ‘The Duplex’ and the iconic cabaret venue ‘Don’t Tell Mama’. Justin’s performance credits include “Fabtastix Home-wares”2009, “A Night with Justin Clausen” 2010, “The Cost of Love”2013 and the critically acclaimed concert “Off the Record”2010, which completed an Australian tour.