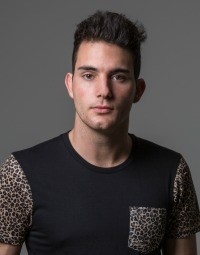 Rhys Tolhurst is a Singer-Songwriter, Producer and Performer.

Raised in Far North Queensland, the spotlight found Rhys in 2012 when he became a Finalist on Australia’s Got Talent. Receiving positive responses from all three celebrity judges Brian McFadden, Dannii Minogue and Kyle Sandilands along with stand-in judge Todd McKenney, Rhys’ talent was recognised Nationally.

Starting his career performing jazz standards in high school and in local bars when he was underage, the last few years have seen Rhys develop his own sophisticated style of Pop. Song-writing, recording, producing and performing his own material as well as putting his spin on a wide collection of famous covers, he follows in the footsteps of his musical influences including John Legend, Chris Martin, Guy Sebastian, John Mayer and many more.

Since being voted off Australia’s Got Talent as a Finalist in 2012, Rhys has hosted a Television News Segment, teamed up with a Radio breakfast team, played several gigs and has written a catalogue of songs.

Relocating to Melbourne in 2016 in order to pursue his music career, Rhys has teamed up with Melbourne-based Producer Dorian West (XFactor, Cyrus, Danni Minogue) to shape a few self-penned tracks of which will be released over the coming months.