World on a String-Michael Buble Tribute Travels from Brisbane, QLD 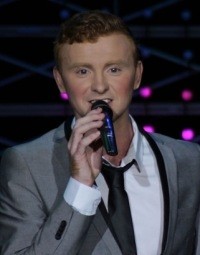 Celebrate the wonderful music of bygone years with a two person show like no other with World On A String - Live Tribute to Michael Buble. Join vocalist Thomas Armstrong-Robley and classically trained pianist/musical director Lucas D. Lynch as they share with you an evening of jazz, swing and more filled with humour, heart and plenty of surprises.

For 100 minutes audiences will be serenaded with hits including Always On My Mind, What A Wonderful World, You & I, Me & Mrs. Jones, Home, Feeling Good, Can’t Help Falling In Love With You as well as hits made famous by artists including Frank Sinatra, Franki Valli, The Beatles, Elton John, The Bee Gees and many more.

If the budget allows, and to enhance the evening, the show is also available with Thomas and a full live "Suited Up" six piece band and a state of the art light show presented by Aisle Six Productions. With a focus on creating unprecedented audience interaction, unforgettable memories and unparalleled recreation of the Bublé experience you can guarantee that this show will leave you and your guests “feeling good”.

Cry Me A River
All Of Me
Moondance
Fever
Everything
L.O.V.E
World On A String
That's Life
Me & Mrs Jones
Sway
Can't Help Falling In Love
Lost
You've Got A Friend In Me
All I Do Is Dream Of You
Haven't Met You Yet
Come Fly With Me
It's A Beautiful Day
Feeling Good
Home
Crazy Little Thing Called Love

And many more...Have a favourite song not on the list? They'll take any request and do a special arrangement to make your event extra special and ultra-personal.

Originally from the north of England, Thomas comes to World On A String with experience in stage shows, corporate entertainment, radio, film and in a variety of musical acts. He has performed leading roles in musical productions such as The Phantom of the Opera, Best Little Whorehouse In Texas, Singing in the Rain, The Sound of Music, Grease, The Pirates of Penzance and Rent throughout South-East Queensland.

As well as on-stage work, he is an acting coach as well as a director with directorial credits including Into the Woods, Cinderella, Grease, The Pirates of Penzance, The Wizard of Oz and Like A Metaphor which earned over a dozen awards for its performances on the 2015 South East Queensland Drama Festival circuit.

Recently Thomas toured overseas to the 2016 Junior Theatre Festival in Atlanta, GA where his team as sole representatives of Australia earned 3 major awards for their performances in the festival. A third year student of musical theatre at the Qld Conservatorium of Music, currently he is rehearsing for an east coast tour of Elegies for Angels, Punks & Raging Queens. As creator of World On A String and an avid playwright , he has had successful seasons of his written & devised works including Music of the Night and Love, Loss & Luxury.

A talented pianist and musical director with classical training at the Queensland of Conservatorium of Music, Lucas has experience as repetiteur for Queensland Ballet and the Queensland Dance School of Excellence, he has musically directed and played for numerous musicals and cabarets including Mary Poppins, Into the Woods, Grease, The Little Mermaid, Wizard of Oz, The Pirates of Penzance and Jesus Christ Superstar.

Lucas recently completed his final year at the Conservatorium of Music, studying classical piano. Now that Lucas is graduated, he will undertake his masters and doctorate in piano and conducting.

In the past 10 years along with producing numerous free community Opera and Music in the park concerts, Roger has carved out a successful solo career with his unique trademark performance tributes, to the man and his music “Pavarotti Forever” along with Phantom of the Opera and the Singing Waiter. In recent years Roger has established his reputation as one of Asia's sort-after classical corporate performers.