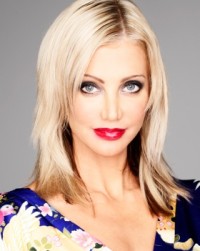 Sally has performed at the Melbourne International Comedy Festival in 'Extreme Blonde', followed by her one woman show 'Sally Kimpton MyStar' at the Sydney Comedy Festival. She has appeared on and written material for national radio programmes, such as Triple J and Triple M.

TV includes: The Comedy Channel's 'Headliners' and 'Stand Up Australia'. She was a quarter finalist in NBC's 'Last Comic Standing' filmed at the Miami Improv in 2008. She has also been spotted on Network TEN's 'Thursday Night Live' and Channel 7's 'Today Tonight' (don't ask!).

In June 2012 Sally was invited to perform with Rove McManus and Wil Anderson in an Aussie showcase in Los Angeles.

Sally specialises as a Master of Ceremonies, acts in Television and Film Productions and is finalising details for her first comedy book. A popular headliner and a skilled MC, she has been making them laugh at fine (and not so fine) comedy venues nationally and internationally for over 10 years!