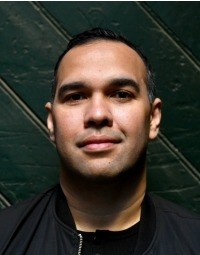 Craig Quartermaine is a man of many talents. After exploring a variety of careers, he turned his sights to media and was selected to participate in the second season of Australia’s first Indigenous sketch comedy show, ABC TV’s hugely popular Black Comedy. From here Craig went on to become the Western Australian correspondent for National Indigenous Television, NITV.

Within just a few years of his comedy debut, Craig made the national finals in Australia’s most prestigious comedy competition – Triple J’s RAW, and shortly after headed to London’s West End before making his triumphant Edinburgh Fringe Festival debut with his spectacularly-received show Race Off, introducing the Australian race dynamic to the world garnering 4 and 5 star reviews. Quartermaine’s take on race, politics or Australian nuances is not always comfortable, but he takes pride in making you laugh when you really think you shouldn’t. Unique, with a biting perspective about life as an Indigenous Australian, Quartermaine’s dark wit sneaks up on you right before it smashes you in the face.

The accomplished Journalist and TV writer is described in the UK as a “charming ball of rage”… don’t let the smile fool you and don’t let the laughs scare you.