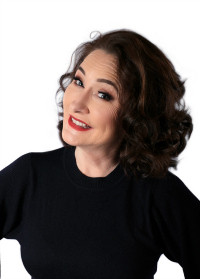 Much-loved comedian and 2018 I’m A Celebrity… Get Me Out of Here! victor, FIONA O’LOUGHLIN, returns to Adelaide Fringe in 2019 with GAP YEAR.

Crowned the Queen of the African Jungle in 2018 on Ten’s hit show, Fiona won hearts across the nation with her harrowing road to recovery. Gap Year is O’Loughlin at her finest. A gifted raconteur, Fiona takes the audience on the raw journey that followed her near fatal coma. But make no mistake, this is no sob story - the eternally endearing true Queen of Australian comedy never disappoints!

A late starter but with an award-winning career of almost 20 years, Fiona plays to packed houses in venues and festivals across the globe. Winner of Melbourne International Comedy Festival’s (MICF) Best Newcomer Award in 2001, her career has gone from strength to strength ever since.