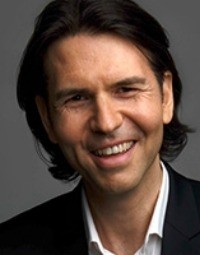 Australian comedian James Smith has been chosen to perform as a special guest on US comedy giant Chris Rock’s Total Black Out Tour of Australia and New Zealand. Smith was personally selected by the two-time Oscar host himself.

Smith has spent much of his comedy career in New York and is one of only four Australian comedians ever to perform on the US TV show CONAN.

He’s written jokes for the Comedy Central Roast of Justin Bieber and Rob Lowe, which were published by People Magazine. Smith was also featured in Time Magazine for his political material during the Obama administration.

He is the only Australian comedian ever to have been a regular performer at the world-renowned Comedy Cellar in New York City. He was also invited to perform in the New York Comedy Festival at the Town Hall.

Movie Star Gerard Butler personally hired Smith to roast him for his Birthday bash in NYC. Smith was also asked to perform at a private function for former New York Mayor Rudi Giuliani.

Following a stellar performance at this year’s Sydney Comedy Festival, Smith, a former Lawyer and Australasian Public Speaking Champion, who was twice selected to compete at the World Debating Championships at Princeton University, will return to Sydney for an encore performance of his own stand up show entitled Pleasure Enthusiast.