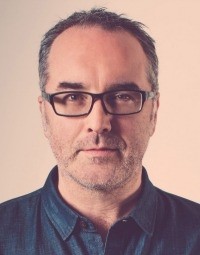 Justin Hamilton has carved out an incredibly successful career as a stand-up comedian, writer and stage director while maintaining his unique voice within the Australian comedy scene.

Having toured the country to rave reviews for many years, in 2011 Justin started curating and producing his own comedy night called The Shelf, widely regarded as one of the best comedy rooms in the country.

His podcast, Can You Take This Photo Please? hit the top 20 downloads on Australian iTunes in its first year. The podcast is listened to all over the world and a one off special for the Comedy Channel saw Justin host with guests Wil Anderson and Rove McManus. The show was met with rave reviews across Australia and continued the success Justin has experienced in the podcast world where he has interviewed Simon Pegg, Marc Maron, Judith Lucy, Tony Martin and US comedian Dave Anthony.

Justin has recently taken on a creative role at Southern Cross Austereo, working behind the scenes as a key writer for Rove & Sam. For the past eight years he has also been a TV and movie reviewer for Perth’s number one rated Mix FM.

He’s still found the time to be one of Australia’s premiere stand up comedians, performing two shows in 2016, Hoot and Justin Hamilton – LIVE!, as well as performing at Just for Laughs Sydney. In 2017 he revisited his origin story in Bunta Boy, a celebration and reflection on the beginning of his comedy career, which was launched as part of a duo bearing the same name.

An unforgettable performance… his jokes are intelligent, witty andnvery entertaining. You should not miss this. Absolute stand out.

It's an intelligent, crafted work from a man whose deft use of stage andnmicrophone create a multi-layered experience with an array of colourfulncharacters.

A fluent and unique delivery coupled with delicate material makes this a specialnhour.