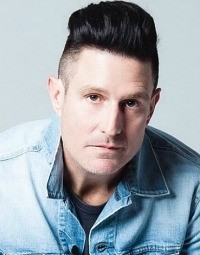 Wil is a stand up first and foremost, touring Australia and the world at every opportunity, performing more than a hundred shows a year. His stand up is a densely written, high-speed ride through one of the most wonderful comedic imaginations in the world. Politics, pop and the banal come together in a Wil Anderson routine, always delivered with more conviction and enthusiasm than any man’s vocal chords can take.

You may know Wil as the host and executive producer of ABC’s most popular show Gruen, or from his various podcasts, but it is on stage where Wil feels most at home.

2016’s live show Fire At Wil played at every major comedy festival in the country and received some of the best reviews Wil has ever had – which is saying something for one of the most critically acclaimed and popular comedians of our life time.

Astute and hilarious, Wil has won the People’s Choice Award for a record six times at the Melbourne International Comedy Festival, selling more tickets than any other act and cementing himself as Australia’s comedian of choice.

Riding the atmosphere of the sold-out international rooms that he commands, Wil Anderson’s comedy is high energy, unpredictable and has a joke count that should carry a heart health warning. Wil Anderson is simply as good as comedy gets in our part of the world.

Dry, self-deprecating, politically incorrect and crude, there are not many areas of our society at which Wil Anderson is not willing to take a crack. And thank goodness, because in his hands pretty much everything has a funny side.