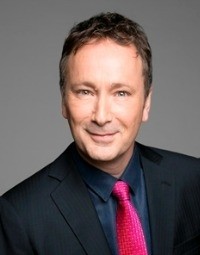 Award-winning British comedian Jeff Green has become a well-known TV and radio personality since his first performance here in 1996. Amongst his many Australian TV credits are Spicks and Specks (ABC), Good News Week (Ten) and numerous appearances on the Melbourne Comedy Festival Gala (Ten). More recently two of his stand-up specials Jeff Green – Up West and Back From The Bewilderness were shown on consecutive prime-time Saturday night ABC 1.

Jeff is currently celebrating his 30th anniversary on the comedy circuit and is demonstrably one of the most sought-after comedians in the country. He is also in high demand in the UK, Europe and Asia – his stand-up comedy background is impressive: A solo West-End season and three full lengths UK TV comedy specials as well as a BBC Radio 2 comedy series The Green Guide To Life which attracted audience averages of over 3 million radio listeners.

That innocent twinkle gives way to a wicked gleam...His insights into relationships are hilarious and true.

Jeff performed tremendously as the MC at one of our recent events. He understood the corporate objective and was able to deliver the message with comedic wit. Jeff was such a pleasure to work with that we would jump at the opportunity to book him again and would strongly recommend him to other clients.