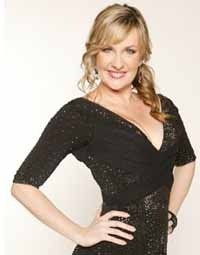 Corinne is an accomplished stand-up, MC, presenter, writer and broadcaster and has performed both nationally and internationally. In addition to her years on Rove Live and The Glasshouse, she has appeared on everything from Spicks and Specks to Dancing With The Stars to Good News Week. She has co-hosted successful national radio shows, performed countless solo live shows and appeared everywhere from the Sydney Opera House to the Kalgoorlie Arts Centre. Her natural, down-to-earth charm and her quick wit have made her one of Australia’s best known, and most warmly regarded performers.

Corinne got her TV kick-start as a regular Good News Week panelist back in 1999, and in no time became one of the most familiar faces on Australian television. Her first full time TV gig was as an original cast member of Rove's first show on Channel Nine, before moving with Rove Live to the Network TEN in 2000.

In 2001 she took on a second job as a founding member of ABC TV’s The Glass House continuing with the show until it wrapped in 2006.

2006 saw Corinne’s return to the live stage and solo stand up. She performed her show 'Faking It' at the Adelaide Fringe and the Melbourne International Comedy Festivals. She also made her international debut at the Edinburgh Fringe Festival with a second solo show, 'Nice Friendly Lady Hour'.

Corinne gave away a decent chunk of her earthly possessions in her 2007 show 'Have My Stuff' in Melbourne, Adelaide and Sydney. 'Have My Stuff' was also immortalised in a book to be published by Allen and Unwin. 2008 saw Corinne debut yet another brand new live show, 'Out Of Order' at the Adelaide Fringe, followed by the Melbourne International Comedy Festival.

Corrine is regularly seen on our television screens as a guest speaker or panellist on shows such as Good News Week, Good News World, The Circle, The Collectors, Rove Live, Spicks and Specks and as moderator of The Great Debate, Melbourne Comedy Festival. She also starred in Dancing with the Stars.