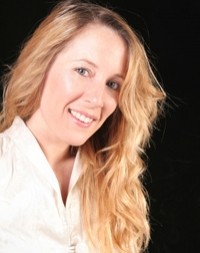 Brisbane Comedy Stage Magician, Stephanie Lee-Harper, is Queensland's leading lady magician. This warming Brisbane magician has a bubbly personality and cheeky quick wit which magically involves your guests and clients in a show that they will not forget.

Stephanie, has been involved with television shows such as "The Sorcerer's Apprentice" and performed for evening corporate events nights, such as Citrix Systems, Kentucky Fried Chicken, Woolworths, Griffith University, and Ben and Jerry's, where the aim of the night is to make certain that the clients at the event can let their hair down.

Before immigrating to Brisbane, Australia in February 2009 Stephanie Lee-Harper was consistently recognized as one of England's top lady comedy stage magicians. Stephanie is also a member of The International Brotherhood of Magicians and also a member of the prestigious Magic Circle in Portsmouth where she won the award of magician of the year (South Division) for her ability to mix a wonderful concoction of magic and humour to create the perfect corporate event and wedding entertainment.