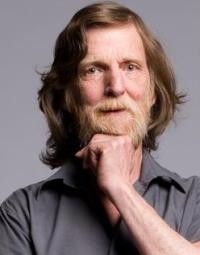 Rod Quantock is one of the reasons that Melbourne is the live comedy capital of Australia. As a pioneer of stand up comedy, Rod has more than thirty years experience working in cabaret, theatre, television, radio, advertising and the corporate sector. For an old boy, Rod is still doing extremely well, thank you very much. His live shows are predictably box office hits at the Melbourne Comedy Festival and the Adelaide Fringe Festival and he is an evergreen favourite at corporate events.

The truly remarkable thing about Rod is that for more than forty years he has remained a contemporary stand up comedian, evolving and staying at the forefront of the craft. His contribution to Australian cultural life was rewarded when he received the Individual Award at the 2004 Sydney Myer Performing Arts Awards, putting him in the company of such arts luminaries as Geoffrey Rush, Robyn Nevin, Nick Enright, Lucy Guerin & Paul Grabowsky. That he continues to build new, younger audiences all the time is testament to possibly the most impressive career in Australian comedy.