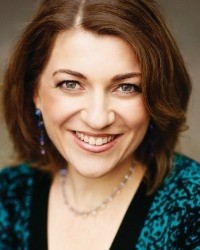 The past 12 months has been a big year for Jackie Loeb. She performed in Girlfest where she was described by the producer Nicci Madden as being ‘so fantastic I had no choice but to bring her back for Girlfest'.

But the laughs didn’t stop there. Jackie toured in the United Kingdom to a series of sellout shows, followed by a run in the South African Vodacom Funny Festival.

Not only was she the only Australia selected to perform in this event, she was then labeled ‘pick of the festival’ by the Cape Times newspaper.

During this period Jackie was also invited to perform in Just For The Pitching, a section of the Montreal Just For Laughs Comedy Festival where five participants get to pitch their idea for a television series to the executives producers of all the major networks from the US and UK.

As only the second Australian ever to be given this opportunity, this was a great accolade. A seasoned festival performer, in the last year alone Jackie has appeared in the Melbourne International Comedy Festival, the Cracker Comedy Festival, The Great Escape, Girlfest, FEAST Cultural Festival, the Newtown Food & Wine Festival and Comedy All Stars at The Sydney Royal Easter Show, as well as finding time to fit in a tour of Singapore! Jackie also won the Helpmann Award 2016 for best stand up comedian.

Not limited to straight comedy, Jackie utilises her amazing vocal skills and acting ability to parody everyone from old favourite Shirley Bassey to contemporary superstars The Pussy Cat Dolls.

This cabaret element has led Jackie to win the prestigious Sorlies Cabaret Award, as well as gaining work as a singer / actor / songwriter on award winning television series Full Frontal.

Jackie Loeb is one of the hardest working comics in show-biz.

Loeb's impersonations of everyone from Tracy Chapman to Macy Gray are mini masterpieces - 5 Star...

Jackie was brilliant. She really made the night.