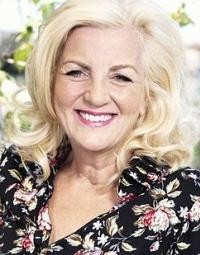 Jean Kittson is an author, public speaker and commentator, and an advocate for education, youth, health, equal opportunity and ageing.

A multi-talented performer and writer, she is one of Australia's best known and most popular comedians, amusing audiences in theatre, film, print, radio and television and is an excellent corporate Master of Ceremonies (MC) and/or comedian.

Jean made her comedy debut with the stage/television version of Let the Blood Run Free, and earned national fame on The Big Gig (changing into characters as differing as Veronica Glenhuntley - lovelorn newsreader, Candida - new-age aerobics instructor and Rose McCloud - the acerbic air hostess) and Kittson Fahey for ABC TV. Jean also starred in Channel 9's Flat Chat and was a regular guest on Good News Week, The Glasshouse, The Great Debate Series, The Einstein Factor and 20 TO 1.

Jean has appeared in many feature films, including The Nugget with Eric Bana and Hating Alison Ashley with Delta Goodrem. For the stage, Jean has toured nationally with Mum’s the Word: Teenagers and the hit stage show with Jean as a standout performer in Calendar Girls.

On radio Jean has been a writer and performer with Sydney’s 2DAY FM, ABC’s 702 and a breakfast presenter with MIX 106.5. She's also a regular guest on ABC702 with Richard Glover's Thank God It's Friday. Other works include as a regular contributor for NW and the (Sydney) magazine, a published novel by Penguin called Tongue Lashing and her most recent book, You're Still Hot to Me - The Joys of Menopause.

Jean is Patron of the Junction Works, (disabilities)
She is an Ambassador for:
- The Macular Degeneration Foundation.
- Ovarian Cancer Australia.
- Northcott Disability Services.
- The Raise Foundation (An organisation which mentors young people including a Bump programme for teenage pregnancies.)
- Taldumande (an organisation providing housing and support for homeless young people)