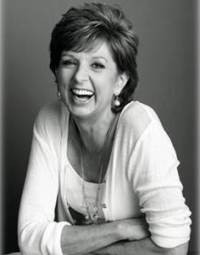 What better topic to keep an audience in their seats than sex? That’s why Bettina Arndt is in such hot demand. Her funny talks are wowing audiences everywhere as they respond to her unique, informative take on this universally fascinating subject.

It was sex that made Bettina Arndt famous. As one of Australia's first sex therapists and editor of Forum magazine, Bettina spent ten years talking about sex on television and radio. A trained clinical psychologist, she taught medical students, doctors and other professionals and talked endlessly about sexuality to audiences all over Australia and overseas.

By the 1980s she'd had enough of a good thing. She gave up sex - professionally speaking - and moved on to writing and talking about broader social issues and particularly the changing relationships between men and women. As a respected social commentator she was invited on to government advisory committees covering issues from family law to childcare and ageing.

But after nearly twenty years writing and talking about social issues, she returned to her first love and wrote an internationally best-selling book about sex. The Sex Diaries looks at how couples manage their sex supply, dealing with their ups and downs in sexual desire. Ninety-eight couples kept diaries for her, writing about their daily negotiations over sex. Bettina followed this up with an exciting diary project on why sex means so much to men, leading to her latest book, What Men Want.

Bettina now spends most of her time on the speaking circuit, travelling across the county keeping audiences enthralled with her stories. She writes for many of Australia’s leading newspapers and magazines and appears regularly on television and radio. She’s also involved in an exciting new venture – she’s working as a dating coach, giving advice to men and women on online dating, helping with writing their profiles and increasing their chances of meeting the right match.

Bettina was the highlight at Eureka's 'health & wealth' event for our financial planning clients. She had the room in the palm of her hands from the moment she stepped up to talk about one of the most intimate and sensitive subjects ...sex! It was a great balance to the drier subjects of tax and economics. Our clients haven't stopped raving about the event and we thank Bettina for making it the most memorable event we have ever hosted. A very professional and hassle-free experience.