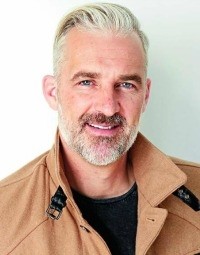 Since winning The Block eleven years ago as a Final year medical student Andrew has worked for all 3 Major Television networks. After working as the 7 Network’s Health Editor he is now back at Network TEN as the co-host of Pointless, a nightly prime time game show. He has also hosted What's Good For You, Amazing Medical Stories, You Saved My Life and The Project. He has reported in Africa, US, and Nepal post-earthquake for Sunday Night. He has also worked for 2GB and ARN co-hosting Breakfast radio in Sydney with Claire Hooper.

In recent times, he has focused on running and launching healthcare technology company, which he founded 2 years ago and launched at the end of 2017.

Also, in 2017 Andrew launched his first book, The Reality Check Up published by New Holland.

Special areas of interest: preventative conditioning, performance both physical and mental and Trauma Work has been published in international journal Neurosurgery.