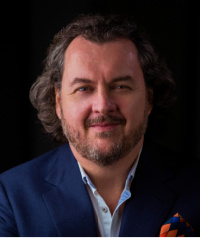 Nic was once described as a "statistician with a soul" due to his unusual combination of 'hard' statistical skills and 'soft' people skills.

He has been working in the field of happiness, wellbeing and quality of life for over 25 years with a particular emphasis on measurement and how to create positive change.

In 2008, Nic and his colleagues created the five ways to wellbeing for the UK Government Office of Science. They were designed to be the mental health equivalent of five fruit and vegetables a day. They have since been used very widely in the UK and globally as a framework for promoting positive mental health.

In 2010, he gave a TED talk on his work in public policy, which has now been watched over 2 million times.

Nic has been applying his creative thinking to the world of work since 2012.  He is the founder of Friday PulseTM Ltd and has worked with over a 1,000 organisations and teams measuring and improving their happiness at work.