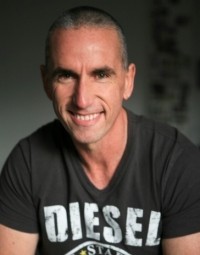 Craig Harper is one of Australia’s leading presenters, writers and educators in the areas of health, high-performance and personal transformation. Craig has been an integral part of the Australian fitness industry since 1982 and in that time has worked as an exercise scientist, corporate speaker, consultant, University lecturer, AFL conditioning coach, radio host, TV presenter, writer and successful business owner.

In 1990 Craig established Harper’s Personal Training, which evolved into one of the most successful businesses of its kind in the world and inhabited the Australian fitness landscape for almost a quarter of a century.

Craig can be heard weekly on various radio stations around Australia and hosts his own weekly show on Melbourne radio called ‘the Science of Sport’. For two years he was the host of Foxtel's Living Life Now and for three years Craig filled an on-air role on Network Ten's '9AM' morning show as their resident Fitness Expert and Performance Coach. Craig currently fills an on-air role Channel Seven’s Max’s Challenge TV as their Master Coach and has just been announced as the host of a soon-to-be-aired lifestyle show called ‘Get a Life’.

As well as having written for the Herald Sun, numerous magazines and authoring five books, Craig is also the director of Health and Wellness for Dayhab; one of Australia’s leading addiction treatment facilities.

While still working with teams and individuals on a regular basis, these days Craig delivers more than one hundred and thirty corporate presentations annually.

We recognise that we would not receive such positive feedback from delegates without the excellent presentations and stimulating discussions provided by talented individuals, like you. Your time and effort in ensuring the success of the Convention is greatly appreciated.

Mortgage And Finance Association Of Australia

Haven't laughed so much at a presentation in years! Thanks for the positive impact you had on our staff. We all loved your frankness and honesty!

To this day I am still receiving examples of where people have used your ideas, thinking and examples and of course lots of general positive feedback from many of the participants. You received the best speaker result for the conference and as I mentioned people are still talking about the session!