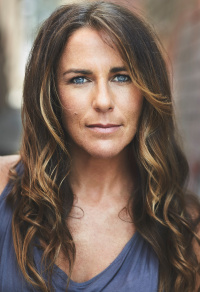 Jules Allen is an award-winning Australian youth advocate and dynamic motivational and inspirational speaker. Jules is guided by the philosophy that “your greatest adversity in life is your biggest gift.” She poignantly states that “resilience enables you to survive, whereas, with the right tools, overcoming adversity can provide you with the opportunity to strive.”

Engaging her audience Jules does not shy away from the challenges she now perceives as her greatest asset. Having experienced years of childhood sexual abuse and a family breakdown Jules went on to become a youth at risk. As a consequence of heavy drug and alcohol addiction Jules made decisions that further complicated her world such as landing in a domestic violence situation. So when she speaks to Gen Y on how to survive trauma and adversity, they listen. Furthermore, Jules went on to care for 32 Foster children. She is the proud Mother of 4 adult children, a blend of her own, fostered and adopted.

Jules is a Social Scientist who has professional experience in child protection, youth support, school counselling, consulting, and private practice. But by far, her most valuable tools have come from her own troubled beginnings. She is a staunch advocate for equity and the acceptance of diversity.

During the past 20 years, Jules' quest to empower people in crisis to turn their lives around has taken some memorable turns. So impressive is the impact she has on the lives of others that she featured on Australian Story in 2014.

Professionally, Jules has an impressive list of charitable 'babies' to her name.

Along with celebrity couple Hugh Jackman and Deborra-Lee Furness, Jules crusades for adoption reform. She also worked on a global scale with women and children who are victims of gross human rights violations.

Jules is the face of Australian charities such as Adopt Change and Foster Care Australia. Later this year, she will launch her first book, ‘Gifts in shitty wrapping paper’. The book is a weaving of personal stories, metaphor, and practical guide for overcoming adversity.

In 2010 she built a refuge in the Solomon Islands for Women and Children that can house up to 150 Women and children escaping violence and abuse.

In 2013, prompted by a dare from her kids, Jules found herself as a contestant on MasterChef Australia. In quintessential style, she put her new profile to good cause by emphasising the healing power of good food in raising well-balanced children.

In late 2015, Jules was put to the test on all that she believes. In the space of three weeks, her family home burnt down on Christmas day, she split with her partner, two days after that her Mum died and somewhere amongst the chaos her last child left home. Hitting rock bottom, she had to dig deeper than ever before and put her fundamental principles in to practice.

As one of the leading experts on youth, issues affecting women and capitalising on your diversity, Jules is popular on the national public speaking circuit. She's known for her captivating, humorous and candid presence, and regularly speaks to crowds of hundreds. In recognition of her extraordinary work, Jules was awarded the 2017 Southern Cross University Alumni of the Year.

More recently she has become an Award winning Playwright. She uses this platform to highlight issues affecting those less fortunate. Her debut play exposed the myriad of hardships and complexities for children in Foster Care. It took out four Awards.

She's been featured on various TV programs including Australian Story and The Project, and major magazines such as New Idea, the online Women's Weekly and The Collective.