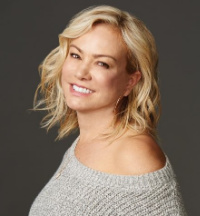 A clinical psychologist and a leading expert in mental health and fitness, Dr. Belisa Vranich is the author of Breathe: The Simple, Revolutionary 14-Day Program to Improve your Mental and Physical Health (St. Martin’s Press/Hay House).

Dr. Belisa is a regular guest on national television; e.g., CNN, Fox News, the Today Show, Good Morning America, and Inside Edition, and has been interviewed by Anderson Cooper, Matt Lauer, Meredith Vieira, Bill O’Reilly, and Nancy Grace. Dr. Oz has recognized her as one of the top US doctors in her field. She has appeared as a guest on Cesar Millan’s show, Cesar 911, and has been a guest on podcasts with hosts Robb Wolfe, Ben Greenfield, Joey Diaz, and Dr. Mercola. In addition, Dr. Belisa has been interviewed as an expert in numerous publications, including Crain’s magazine, GQ, The New York Times, The Los Angeles Times, The Wall Street Journal, Vogue, Time Magazine, and Cosmopolitan.

Dr. Belisa has extensive experience working with first responders: firefighters, military and law enforcement for topics related to endurance, stress reduction, precision, pain reduction, and PTSD. A firm believer in the importance of giving back, she volunteers and supports numerous organizations related to veterans and animal rescue organizations in New York City and Los Angeles. Dr. Belisa is an outspoken advocate of organ donation and dedicated her first book to Liamslife.org.

Dr. Belisa was the former Director of Breathing Science at The Ash Center for Comprehensive Medicine in New York City, and has served as an advisor for the Fitness Institute for Gold’s Gym. She was previously the Health and Sex Editor at Men’s Fitness Magazine, an expert for Men’s Health, and Shape magazine, an advice columnist for the New York Daily News, and Foxnews.com. She was the Director of Public Education at the Mental Health Association of NYC; taught at New York University, was a consultant at the National Mental Health Association in Washington, DC; director of an outpatient clinic at Jacobi Hospital Center, Bronx, NY; a school psychologist in the South Bronx; and part of the Brooklyn Aids Task Force supporting parolees and their families.

Dr. Belisa’s book for children The Belly Breath is available; Breathing for Warriors (St. Martin’s Press) is due out Spring 2020.

"Dr. Belisa Vranich has developed a cutting-edge technique for reducing stress that translates well across cultures, and is proving to be effective with people who have been profoundly traumatized. Classic and groundbreaking, modern and ancient—it empowers as it heals."

"Innovative and effective stress relief. Amazing experience. It made such a difference in my clarity and energy. Just spectacular!"

"Belisa has a logical approach and strong scientific background to the breathing … that works very well in a corporate environment, where [management] needs validity and practical reassurance to bring in something new or that’s more creative."