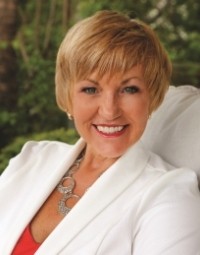 Annette’s story is unique. Having lost 35kg in 20 months and successfully maintained her healthy weight range since 1993 using her low-fat recipes and healthy lifestyle, she has taken a dream, mixed it with passion, added a vision and created a business that helps thousands of people each year to lead healthier and happier lives.

With no tertiary education or previous business experience, she has turned the triumph over her own weight loss and health struggles into a multi-million dollar business and to date has sold nearly 4 million cookbooks all self-published. Annette truly ‘walks the walk and talks the talk’ to show others that they can stop fad dieting, beat the battle of the bulge and lose weight the healthy ‘Symply Too Good To Be True’ way.

She was the only Queensland appointee to the Federal Government’s Small Business Council (SBC), and provided advice to the Minister on issues confronting small business in Australia. In 2004 Annette was awarded the Telstra Australian and Queensland Micro Business of the Year Awards, which are the most prestigious awards a business can receive.

Annette has particular interest in health, weight loss and children’s nutrition; she was a Board Member of the Queensland Association of School Tuckshops (QAST) from 2005 to 2009.

Annette is a mentor to those wanting to lose weight, adopt a healthier lifestyle or succeed in a competitive business world. As one of Australia’s most prominent small business entrepreneurs and weight loss and health gurus, Annette inspires others through the story of her own journey. With a genuine desire to see people’s lives transformed, Annette takes people step-by-step into ‘her world’ and offers practical tips, delicious recipes, nutritional advice, weight loss motivation and the secrets to her success.

Annette also runs weight loss retreats throughout the year wish have been a huge success. At her 3 Day Workshop and 7 Day Ultimate Retreat she brings participants into her world of healthy living and teaches them the secrets for long-term weight loss success.

Annette knows what it feels like to be an overweight child, her nickname at school was Porky. An Ambassador for the Sunshine Coast Health Foundation, Annette offers her advice, expertise and support to professional health workers and also the community at live events and through website articles.

Annette launched her first American cookbook in the USA in 2009 and tours regularly for television, radio and print media interviews, as well as live events and speaking engagements including large-scale health and business conventions, youth health programs and community groups across the States.

In Australia, Annette is a recognised media identity and has weekly segments on several radio stations both in metropolitan and rural locations, providing listeners with health and wellbeing tips and low-fat cooking ideas. She is a food editor for several magazines and websites and a columnist in many Australian newspapers.

Annette’s cookbooks are full of delicious, guilt-free family favourite recipes and have been the No. 1 low-fat choice in Australia since the release of the 1st cookbook in 1997, with millions sold through news agencies and her successful website. Annette’s 7th cookbook was launched in May 2013 in print version and is now available in digital versions.

All of Annette’s seven bestselling, healthy low-fat cookbooks have met the strict guidelines to be approved by Diabetes Australia. Her cookbooks are often recommended by dieticians and health professionals throughout Australia to help manage diabetes, cholesterol, heart health, and weight issues.