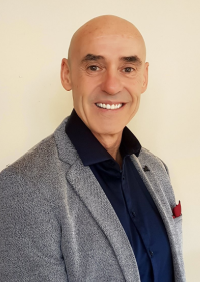 Mark Eustice grew up with similar dreams to any kid raised in the Melbourne suburbs in the latter half of the 20th century. He watched his football heroes on TV, imagining that one day he too, would be running across the MCG bouncing the footy. In fact, he is one of the rare few who played senior football at 17 years of age and his dream became reality.

His career took him to three clubs: Essendon, Richmond and the Sydney Swans for a total of 137 games.

From early on though, he just couldn’t ­find comfort or peace of mind. Anxiety and later depression gripped him as he grappled with random mood swings, sometimes hiding in the toilet crying before running out to play.

If only he knew then what he knows now. He was suffering from a severe case of bi-polar disorder and depression, something few Sports Physicians back then had ever even heard of. His struggles lead him to begin experimenting with recreational drugs, mostly cocaine and alcohol.

It didn’t take long for it to get fully out of control as addiction set in. He wasted all of his money and assets, lost his family and many of his friends.

It was the kindness of some former teammates who set to work to raise the money to fund a 30-day stay in rehab. They saw where he was headed and what was needed. Mark was days away from death.

Since the day he walked out of the rehab clinic he has now been clean and sober. For over twelve years to date.

He is now dedicating his life to helping others, to creating awareness and to supporting people to be better resourced to deal with the scourge of addiction, and the less obvious signs of emerging mental health issues.

Mark has a story to tell. It is far from being a tale of woe or being a victim, but more an incredible insight into how seemingly “together” people can struggle, succumb and lose their way. It is also a story of how with determination, proper diagnosis, correct treatment and the help of friends you can rise above it all and recover.

In one of the great comeback stories, he will openly and honestly share his lessons, candidly admit his mistakes and support you and your people to gain the awareness to notice, the courage to speak up and the dedication to care enough to take action.