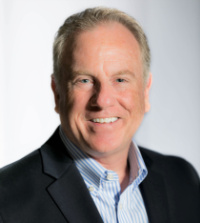 Michael J. Lyons is an author, professional speaker, actor, entrepreneur, and former hospitality industry executive. Michael spent more than 40 years in senior level management roles in the meetings/travel industry, including stints with CIGNA, Carlson Wagonlit Travel, Global Events Partners and EGR International. Before going out on his own in 2014, he was Exhibition Director of IBTM America, a premier trade show organized by Reed Exhibitions - the world's largest trade show management company, based in London.

Over the years, he has worked for 12 different companies in New York City; Stamford and Norwalk, CT; Philadelphia; Columbus, OH; and Minneapolis, and his travels have taken him to most US states, as well as 33 foreign countries.

As a prolific and experienced professional speaker, Michael delivers talks in the US and abroad on how to achieve goals, pursue your passion, and enhance your personal brand, among other topics. His easy-going style and humorous anecdotes, coupled with fun exercises and interactive group involvement, keep audiences engaged throughout his presentations.

Mr. Lyons is the author of "Set Yourself Free: Daydream it... Believe it... Achieve it!" Set Yourself Free is a call to action to people everywhere who are not fulfilling their potential, feel stuck and aren't sure what to do about it. Drawing from his life experiences and stories of well-known people who have struggled on the road to success, the book outlines tangible and achievable steps that position the reader to pursue goals they might feel are outside their grasp. Seven time Emmy Award winner and ABC-TV correspondent John Quiñones wrote the Foreword. ​

As an actor, Michael has amassed dozens of credits in major films, TV shows, commercials, and more than 350 live appearances on the home shopping network QVC as a product host. His roles have included speaking parts in the popular Netflix series “House of Cards”, “The Sixth Sense,” “All My Children,” “Veep,” “What Would You Do?” “Arrest and Trial,” and “Outsiders,” among others. He is also an accomplished singer and performs a Frank Sinatra tribute show titled “Mike Sings Frank,” featuring classic Sinatra songs from his CD of the same name.