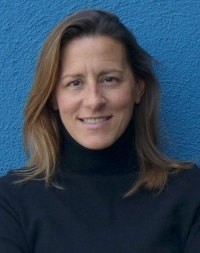 Libby Moore is a Life Coach, speaker, and global adventurer who loves inspiring people and companies to align with their higher self, in order to achieve their higher purpose.

Former Chief of Staff to Oprah Winfrey for 11 years, she spent over a decade by Oprah’s side while being exposed to some of the greatest thought leaders of our time. During this time, she managed a team of five assistants, as well as coordinated several other teams; security, aviation, properties, and was the key liaison for Ms. Winfrey.

She now travels the world sharing her experiences as she helps corporations re-imagine the best of what corporate culture can be.

Libby helped create the Emmy-Award Winning, Super Soul Sunday on OWN.  Before orbiting the O Universe, she was an Executive Assistant to Jann Wenner publisher of Rolling Stone, and a Personal Assistant to U.S. talk show host Maury Povich.

In 2017 Libby was named as one of the honourees of, 40 Women over 40 to Watch on a list of disruptors and innovators.