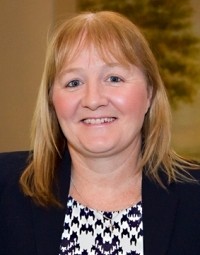 Moira Kelly is a feisty, no-nonsense, down to earth, big-hearted and very compassionate Australian woman and Mum from Melbourne. Inspired by a video of Mother Theresa, at the tender age of 7, Moira Kelly bounded in from school and announced to her stunned mother, that one day, she too would work with the renowned Nun from Calcutta.

And so began, the inspirational vocation and life of an ‘ordinary girl from Melbourne’, who became an extraordinary Humanitarian, Australian and Citizen of the World! Moira has devoted her whole life to charity work and those special causes close to her heart that just 'make the world a better place'. Moira spent many years living abroad caring for sick and needy children and their families in countries like India, South Africa, America, Romania, Bosnia and Albania.

A deeply spiritual person, Moira is guided by her heart and conscience towards the many causes she pursues. Through a magical combination of her vision, natural charm, powers of persuasion, determination and sheer grit, Moira has saved and improved the lives of countless children and communities around the world.

Many are inspired by Moira Kelly’s personal sacrifice, passionate commitment and her life-long dedication to doing whatever it takes to save and heal children and communities in need. Wherever she goes, Moira makes a real difference to real people in surreal ways! A typical keynote presentation, even with heart warming images and videos is hardly enough time to scratch the surface on Moira’s incredible life story. However, with her wonderful charm, sense of humour and natural ‘gift of the gab’ and ‘story telling’ ability (inherited from her Irish Dad, no doubt), it is guaranteed to move each delegate to the core of their being.

People will be glued to their seats, at times in fits of laughter, other times in tears, however always inspired by the unbelievable ‘feats’ and ‘miracles’ that can be achieved by the power of a human spirit on fire and the determination of a Mother Lion that refuses to take ‘NO’ for an answer.

For some, just like the many children and families. Moira has helped, it may even be a life-changing experience! Moira’s message has universal appeal and she has brought audiences to their feet and received rave reviews on every occasion. Moira is a natural born speaker and a seasoned pro who has been ‘telling her story’ or speaking publicly to every kind of audience, large and small for over twenty years.

In a world crying out for meaning and inspiration, Moira’s raw passion, authentic style and soul stirring mission is riveting.