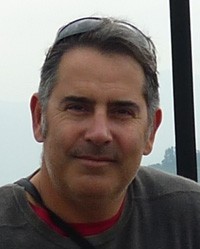 Kelvin Brown is a drilling expert and a leader, and he has a story to share with you. A rescue mission took place in Northern Chile in aid of the 33 miners who had been trapped 700m below ground with minimal food, water and oxygen supply. They became trapped on August 5, 2010 when the upper galleries of their copper and gold mine collapsed.

Kelvin shares his incredible story of the Chilean rescue and the leadership, teamwork and commitment required to rescue the miners.

The first phase of the miner rescue mission comprised of locating and intersecting the miners through the use of exploration rigs. Kelvin Brown, an expert in down hole surveying equipment, worked as part of a rescue team.

For 17 days the miners were all but given up for dead before a probe drill found them. Kelvin’s directional drilling skills were utilised for the planning stages of the drill holes design that lead to the successful interception with the trapped miners. Kelvin acted as a consultant during this stage and applied his wealth of knowledge providing advice on how to effectively intercept the miners. Kelvin was on site when the drilling broke through to the chamber where the miners were trapped.

The miners were intersected by a percussion hammer that punched through into their chamber. To the amazement of the search crew the hammer returned to the surface with a note attached indicating all 33 miners were alive.

With the miners having minimal food, water and oxygen supply a rescue mission began in earnest. 69 days later, with 800 of the miners' relatives, 2000 international journalists at the mine's entrance, and the world watching…all 33 miners were safely rescued!

A horticulturalist by trade, Kelvin became a drilling “off sider” in the mineral exploration industry back in 1995, working his way up from the drill deck to be a site Drilling Manager.

His job has taken him all over the globe and he has drilled/worked on all the continents except for Antarctica and worked from 2km below ground to 4,600m above sea level.