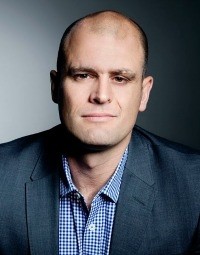 Garth Callender has travelled a remarkable road. At the heart of his story is years of formal military training and operational experience in war-zones. Garth was the first serious Australian causality of the war in Iraq, after his armoured vehicle was targeted by an insurgent bomb attack. What is remarkable about Garth’s story is his ability to overcome both the physical and physiological trauma and re-deploy to war zones again and again.

After leaving the regular Army Garth wrote the award-winning book, After the Blast, which chronicles the events of his deployments that make them anything but ordinary.  He has gone on to carve out a highly successful civilian career gaining executive and board experience in a range of sectors. His military and business background give him credibility and insights that are rarely found in corporate Australia.

Garth motivates and inspires with tales of surviving a bomb attack in Baghdad, through to chasing insurgent bomb-makers in Afghanistan. His stories are truly unique and spellbinding, and often mixed with a touch of irreverent humour.