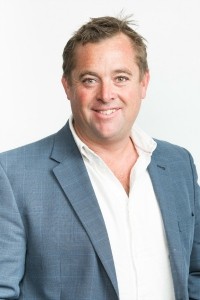 Jason Hodges has been working with gardens his entire life. With a bricklayer father, an older brother who is a horticulturalist and two older sisters who are florists, it's probably inevitable that Jason chose to pursue a career in landscaping.

He completed Landscape Horticulture and Construction at Ryde TAFE, NSW, and enjoyed the course so much that he later taught the same course at the very same TAFE.

Jason's love of gardening and outdoor activities has also allowed him to expand into a media career. Most viewers would know Jason from his five-year stint as the resident landscaper on the successful Channel 7 series Auction Squad and, more recently, on Better Homes & Gardens, also on Channel Seven. In 2012, Better Homes and Gardens won a record 10th Silver Logie for Australia's Most Popular Lifestyle Program.