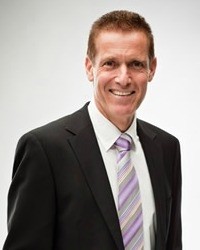 Peter Thurin spent more than 20 years owning, building and selling successful businesses but it was a simple phone call that led to an epiphany about life and what he wanted out of it.

Ever since he was a boy, Peter had wanted to be a black belt in martial arts. It was a dream, but an unfulfilled one. At 36 years of age, Peter made the decision to finally pursue that dream by making a simple phone call to his local Taekwondo school to arrange his first lesson. It was easy to do, but for 36 years it had also been easy not to do.

That was the epiphany.

Now a 3rd Dan Black Belt, Peter sees everything in life as a choice between ‘easy to do’ and ‘easy not to do’. Just like he did in pursuing his own dream, Peter now helps people focus on what they CAN DO rather than what they can’t. He helps people from all over the world with the inspiration, enthusiasm, and determination they need to rise to the challenge.

Peter’s story is not one of extraordinary achievement, but it is a story of achievement. It’s a story of what ordinary people can achieve when they focus on what matters to them and, starting with small steps, build the momentum they need to reach their goals.

As Peter says, “big-picture goals can be so daunting that often people don’t have the courage to get into the game. I say ‘It’s OK to feel awkward, it’s OK to feel uncomfortable, but don’t allow those feelings to prevent you from making a start. So, what’s the one thing you need to do to make a start? Let’s go and do that together. Let’s get excited!’

Peter is a qualified pharmacist and, among his many quiet achievements, counts his wife Sharon and three grown-up kids as among his most meaningful. He lives in Melbourne, Australia and works globally.

“Without your direction and guidance, we would be still floundering.” How fortunate we are, to have had the opportunity to work with you over the last two years, and what a difference to our business and culture you have made! Personally, you have lead me to a higher level of personal development and achievement that I would never have dreamed possible - and I will never be able to thank you enough.

“Peter, you didn’t just inspire my organization, you changed our way of thinking.” Your approach of telling stories, sharing failures and successes, and coaching on simple things like being humble and not taking anything or anyone for granted has brought out the remarkable in my team! I see it every day as I walk the halls and hear how my team weave this new way of thinking in to their everyday professional and personal lives. The energy is high, the teaming is high, and we are beating all our business expectations! What a great way for us to start the year. Thank you so much Peter”

“Thank you for your energy and enthusiasm.” Peter added a huge amount of energy to our Global Management Team Meeting and gave us the spirit to take up any kind of challenge. It was a pleasure to work with him because of his highly professional working style, very positive attitude and great personality.