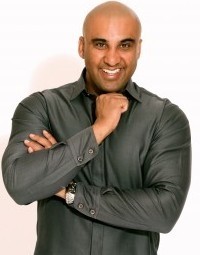 At age 17 Glen, a champion athlete, was struck by an illness that quickly ended his Olympic dreams and sporting career. He triumphed over every challenge, and shifted his focus to community development. His efforts were soon recognised nationally as Young Australian of the Year for Queensland, Community Service.

For the past twelve years Glen has made motivational speaking his career, and has already spoken to over 500,000 people around the world. He works with high school students, businesses, sporting groups and community organisations. In 2012 Glen received the international accreditation as a Certified Speaking Professional (CSP). He has spoken at the world famous TEDx events, appeared on the Today Show and Can of Worms, and written blogs for Mamamia.com, and has also been featured prominently on ABC national radio.

His businesses and initiatives include Freedom House Publishing, The Oxygen Factory, Men of Honour and The Hopefull Organisation.

Glen challenges his audiences to test their limits, and to set and reach personal goals that they never could imagine, let alone believe to be possible. He has a remarkable ability to articulate and deliver a powerful and lasting message of empowerment and purpose. He has authored three books, Get Your Hopes Up, Oxygen: 102 Doses of Inspiration and Men of Honour.

We recently had Glen Gerreyn present as the closing speaker at our Guardian and Cameron Walshe professional development conference; an often daunting timeslot. But, from the moment he walked on stage, the room was captivated. Glen made us all consider what our dreams in life are, and why many of us haven't actively pursued them, the biggest question being "what made us give them up? At the end of the presentation, the audience erupted, many delivering a standing ovation. We all left the conference more inspired than we did when we woke up that morning.

My staff and I would like to thank you for your most inspiring motivational talk the other day. I have found that it is fairly common place after a motivational seminar talk these days, that staff get very hyped up and want to conquer the world, but not a lot happens after that. I am very happy to say three months down the track I have noticed significant long term changes in my staff and myself. Our teamwork has been the best since we started back in 1997. Your style and deliverance of your seminar was out of the box, rarely seen, and extremely confronting, which I believe has prompted us here at PK Property to have our best quarter on record yet. Glen we look forward to having you back on a regular basis, so as you can challenge us to really reach our full potential here.

Over our 30 years of running personal development/networking events, we have had some pretty amazing speakers in. Glen Gerreyn was one who raised the standard. His story of overcoming was so relatable and inspiring. The depth of his talks is where the magic lies. There are many motivational speakers out there but Glen delves deeper than motivation and tackles beliefs, emotions, mindset and purpose. The result of his depth saw people take immediate action. That in itself is what a truly great speaker can do. Move people into action. Glen has this gift.