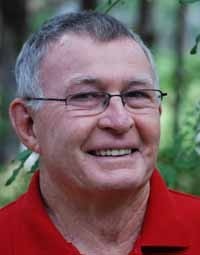 Lawrence’s impact on the business community has been quite spectacular. He has proven to be uniquely capable of clearly drawing the parallels between business success and high sporting achievement. As a motivator and entertainer he supports the “knuckles down the wall” approach in pursuing his personal credo of “Striving for Excellence”. The business world and the competitive sports arena make similar demands for high individual achievement, which explains why Laurie today is one of the most sought-after motivational speakers in Australia.

For many, Laurie represents the beloved Aussie larrikin who loves an audience and a stage, but this is only a tiny glimpse of the man. He sets his goals and encourages those within his influence to work towards personal perfection. And not only is he in demand, he gets results.

This 1989 Queensland Father of the Year has completed a book of inspirational short stories entitled “LAWRENCE OF AUSTRALIA”.