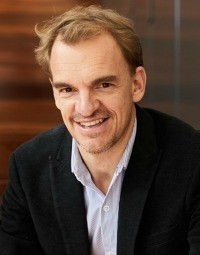 Richard Field is an acclaimed African safari guide and international keynote speaker. Whilst guiding people through the wild of Africa, he has had a range of phenomenally rich and diverse experiences. These have led him on a personal quest to discover the core, universal elements of successful leadership in complex and dynamic environments.

Richard Field was working as a safari guide in a remote corner of Africa when he was attacked by an angry lion. He was knocked to the ground, mauled and bitten on the back of the head. His life was saved by the quick thinking of his guests. In 'Embracing the Lion', Richard shares his remarkable story, including the moment when the lion's teeth bit down hard and he experienced 'The Gap' - a space between life and death, where only the things you haven't done in your life flash before your eyes. He talks about how he initially blamed the lion, but it was only through taking full responsibility for the incident that he was able to go back to the bush, and continue to follow his dream of being an African safari guide.

But then he ran from the experience. For 15 years he pushed it away, stayed silent attempting to pretend it didn't happen. But you can't outrun a lion.  He finally decided to embrace the lion - to pull the experience in close, and own it as an integral part of his life story.  This decision turned an incredibly traumatic experience into something profoundly positive. 'Lions' come in all shapes and sizes. In this honest and compelling story, Richard shares the key steps needed to embrace your own lion, whether it be a major trauma or an everyday challenge. These steps give you the tools to face present moment adversity as past difficulties and come out richer for the experience.

No one gets through life unscathed. Ultimately though, the lions in our lives are the very things that can help us become the people we would like to be. Consciously making a decision to embrace you 'lion' will change your life forever. Through this come fascinating and highly engaging stories and insights that are immediately relevant to anyone wishing to better understand how to build cohesive, focussed and self-motivated teams. Richard has a natural ability to draw audiences into foreign and dangerous environments he is so familiar with. His exceptional capacity to clearly establish relevance makes him one of the most exciting new voices on the global speaking stage.

In addition to his keynotes Richard facilitates half-day workshops and simulated adventures which allow for greater immersion and participation. Richard's keynote leaves his audiences inspired and able to face and embrace the lions in their lives.