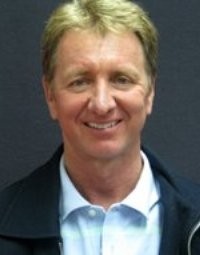 Michael Groom is unquestionably one of the world’s greatest ‘big’ mountain climbers. In 1999 he successfully climbed Makalu, the smallest and for Michael, the last of the ‘big five’ - the five highest mountains in the world, Makalu, Lhotse, Kangchenjunga, K2 and Everest.

He was advised to get a desk job and that his climbing days were definitely over.

He succumbed to incessant pain and disability and for two years Michael withdrew from the world and became yet another victim of the wrath of the world’s highest mountains. But Michael is not a quitter.

Michael trained himself to walk again, then to run and then climb. In his 1991 climb an avalanche swept him 900 metres down the Lhotse Face of Everest and once again, miraculously, he survived.

Michael Groom’s autobiography “Sheer Will’’ is inspirational. His documentary “Sheer Will” was released nationally by the Seven Network and was awarded the Order of Australia Medal in 2000 for his services to mountaineering.

Could have heard a pin drop! Fabulous presentation.

Michael was sensational! The audience was enthralled at his adventures and the humbleness of such a special person. Would recommend him to anyone!