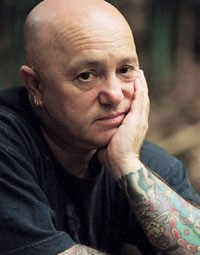 Angry Anderson is a contemporary Australian icon and unquestionably one of the best known and most recognised individuals of his generation.

Think of Angry Anderson and so many words and images spring to mind – an incurable romantic, passionate, intense, manic, anti-establishment, unpredictable, motivated, bald, charming and stubborn.

He’s been an Australia Day Ambassador, spent two years as President of Children’s Week and been a Director on the board of the Foodshare Program.

Whichever way you look at Angry Anderson he is an extraordinary human being – tireless, passionate, outspoken and humble. There is simply no one like him.