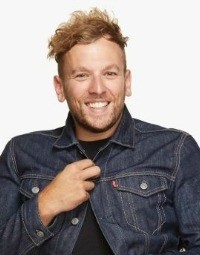 Dylan Alcott OAM, is one of Australia's most successful and well recognised Paralympians. At the 2016 Rio Paralympic Games, Dylan became one of only a few athletes to win two gold medals in two different sports across two different Olympic or Paralympic.

At the age of 17, Dylan became the youngest ever wheelchair basketball gold medallist at the 2008 Paralympic Games in Beijing and after gold at the 2010 World Championships, and silver at the London 2012 games, decided to switch sports to wheelchair tennis, and furthering great success throughout his career.

In 2017, Dylan launched the Dylan Alcott foundation created to help young Australians who are struggling to come to terms with their disabilities. He also works extensively in the Australian media landscape. He was also nominated for 2017 Young Australian of the Year.

Since switching back to tennis from wheelchair basketball, Alcott has now won five Australian Opens, two US Opens and a crown at Roland Garros.  If he wins Wimbledon first-ever quad wheelchair title, he will hold all four grand slam crowns simultaneously.

Not many people can lay claim to being a Paralympic gold medallist and world champion whilst still being in their teenage years. Then again, there aren’t many people like Dylan Alcott.

Dylan was born with a rare type of tumour wrapped around his spinal cord, which required immediate surgery only weeks after birth. After a three-year battle for his life, Dylan defied the odds and through sheer determination and hard work, he has been able to strive to become one of Australia’s best and widely recognised Paralympians.

One of Dylan’s greatest achievements was being inducted as a member of the Order of Australia in 2009 at the age of 18.  In 2019, Dylan won his fifth consecutive Australian Open title, and he has won seven grand slam singles titles to date.

Dylan’s true passion is his work as a motivational speaker, and through his inspirational storytelling, he is continually trying to alter and change the way people with disabilities are perceived in the wider community. He works as a keynote corporate speaker, bringing disability awareness to schools.

Dylan published his autobiography, Able - Gold Medals, Grand Slams and Smashing Glass Ceilings, and in 2019 he won a Logie for ‘Most Popular New Talent’.