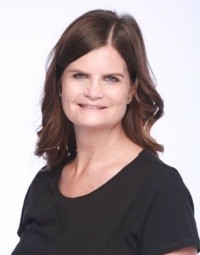 Nina began her career in the UK in the Leicestershire Constabulary. She displayed tenacity and determination in her Police role with an interest in protection for dignitaries, child protection, undercover operations, surveillance and investigations. She worked on cases that involved kidnapping, murders, drugs raids, vice and deception. She was the recipient of four commendations that she received in her role as a detective in CID and major crime.

After 15 years in policing, Nina decided to explore her media skills and joined Leicester Sound FM Radio as a breakfast presenter. Determined to make the move to TV, Nina walked the streets of London to every scout asking to be considered for a role, and was refused by all bar one who saw her potential. Through hard work and determination, Nina made her break into TV as the presenter of a number of programs often with a controversial topic.

It made sense to take her detective skills to television where she has put her training and experience in surveillance, interrogation and informant-running to good use in Broadcast Investigation and Journalism. The most noted documentary being Undercover Copper, exposing corruption in the UK Police Force.

This led to a further hit series Undercover Mum working undercover to reveal organisations and individuals harming kids. An accolade to Nina’s work was a nomination for UK Woman of the year in 2006.

Her unprecedented behind-the-scenes footage of Undercover Copper resulted in a number of award nominations including a BAFTA nomination.

In 2008, Nina and her family relocated to Perth Western Australia where Nina became the Owner, and Executive Director of a highly successful security & investigation company, Owl Protectors and Investigators.

As one of a handful of licenced female bodyguards, Nina has many a story to tell.

For the past six years, Nina has worked with the Save the Africa Rhino Charity in Perth, working, alongside the anti-poaching unit on the front line, risking her life to save these endangered species. Nina is passionate about her charity work and this along with her desire to make a difference is an inspiration to us all.

In 2011 with a passion to help communities teach the next generation a way to stay safe on the internet, Nina created a unique and innovative project made by the students for the students. This project has been adopted in a number of schools and Nina has the aspiration to teach all students and parents in this ever-growing minefield.

You have to hear Nina’s story to believe it. Her professional, enthusiastic and real-life experiences inspire and motivate you as her talks make you laugh, cry and realise that we can all achieve so much.

Nina Hobson was our Guest Speaker for women in building and Construction and it was without a doubt a winning event. We just kept asking for her to “please keep talking” as she was so interesting and inspiring. Her life history and her journey to where she is today had the ladies enthralled. We heard stories of her dangerous escapades and what else could we say but WOW, simply amazing! We have invited Nina back due the fantastic response. Not only is she an inspiring speaker but she is a great person too and full of fun, we can’t wait for her to come back to Geraldton.