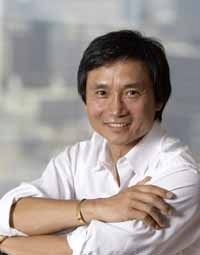 Li Cunxin’s journey is simply remarkable. He was born into utter poverty in Mao’s Communist China, at a very young age he was selected to train at Madame Mao’s Beijing Dance Academy. So began Li’s journey. The 7 years of harsh training regime at the Beijing Dance Academy taught him discipline, resilience, determination and perseverance. Li was at the top of his class and became one of China’s best dancers, allowing him to travel for the first time overseas to the US Houston Ballet at the age of 18 years.

Two years later Li made a dramatic defection to the US, where, with astounding drive and relentless work, he went on to become one of the best dancers in the world.

In 1995, he moved to Australia with his family to become the principal dancer with the Australian Ballet. Li then made a successful career transition from ballet into finance. He was a senior manager at one of the largest stockbroking firms in Australia. Li served on the boards of the Bionics Institute, The Australian Ballet and Councillor of the Australian Council for the Arts. He was awarded a Doctorate by the Australian Catholic University for his contribution in Dance and Literature, he was named 2009 Australian Father of the Year. Li was awarded Queensland Australian of The Year in 2014. Li is now the Artistic Director of Queensland Ballet.

The inspirational story of Li’s life is recounted in his memoir Mao’s Last Dancer, which quickly rose to number one on the Australian bestseller list, won the Book of the Year Award in Australia and received the Christopher Award for literature in the USA. It went on to become an international bestseller. It’s in the 53rd reprint. Mao’s Last Dancer is also a blockbuster film.

In 2019 Li was awarded the Order of Australia for acknowledgement of his distinguished service to the performing arts, particularly to ballet, as a dancer and artistic director.

I would like to thank you for your contribution in making our conference such a success: you are in a class of your own. As your story was about courage, loss and challenge, it transported the listeners into your experiences and aspirations. Your delivery was powerful and effective and you certainly had the audience with you all the way, conquered, inspired and enriched. Your presentation was beautifully structured and tailored to our theme, and you skilfully intertwined a mixture of content, humour and inspiration. You are without doubt one of the better speakers we have heard and the standing ovation you received was testimony to this fact. Your contribution to the success of the PwC Conference was significant and for that we are most grateful.

The World Presidents and their spouses are of course, an exceptionally critical audience. The reaction of this group to Li's enthralling and riveting presentations was...simply astounding! Li reduced much of his audience to tears and as the participants left the auditorium, many said it was the most moving and absorbing presentation they had ever heard!

Without a doubt one of the most powerful and invigorating presentations we have seen. Extremely impressed by Li's impact, style, personable nature and overall attitude.