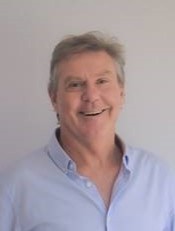 Jamie is the author of The Man Who Invented Vegemite (Murdoch books Allen & Unwin 2012 shortlisted for the Queensland book of the year 2013) He is currently working with a Melbourne based writer and producer adapting the book to screen.

Jamie has appeared on numerous national TV and radio programs and will be a featured guest on Further Back In Time For Dinner ABC TV in September 2020. He lives on the Gold Coast with his family.

After the launch of his book in 2012 Jamie undertook a number of author talks nationally. With the centenary of Vegemite in 1923 he is looking forward to moving into the corporate space and sharing this iconic Australian story, ‘A Recipe for Success’. He recently spoke at the Bega Foods Annual Conference.

Jamie is a brilliant presenter with a unique approach to story-telling that can captivate wide-ranging audiences. His subject matter expertise comes to the fore as he brings topics to life in an approachable, humorous way that engages deeply. Whether it be for the boardroom, a total business, students or fundraising events, Jamie’s versatility as a presenter makes him a fantastic choice. We had the privilege of Jamie sharing the story about Cyril Callister with our entire business and his presentation was a huge success – I’d strongly recommend him for your event!